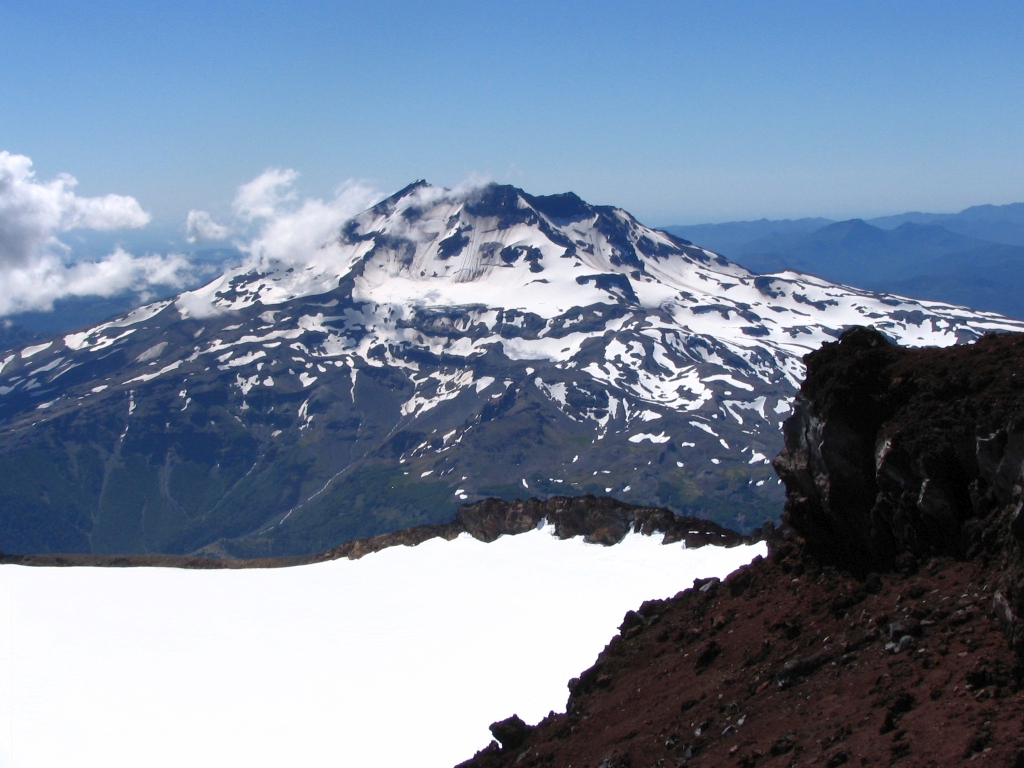 The geoelectric properties of the geothermal system associated with the Tolhuaca volcano were investigated by three-dimensional (3D) inversion of magnetotelluric (MT) data. This study presents the first resistivity model of the Tolhuaca volcano derived from 3D MT inversion to have a better understanding of its magmatic and hydrothermal system. We selected data from 54 MT stations for 3D inversion. We performed a series of 3D MT inversion tests by changing the type of data to be inverted, as well as the starting model to obtain a model in agreement with the geology. The final 3D MT model presents a conductive body (<20 Ωm) located 2 km below the summit of Tolhuaca volcano, inferred as a shallow magmatic storage compartment. We also distinguish a ~300 m thick layer of high conductivity (<10 Ωm) corresponding to argillic hydrothermal alteration. The MT model includes two resistive bodies (~200 Ωm) in the upper crust below the laterally displaced argillic alteration layer to the west beneath the extinct Tolhuaca, which would correspond to a shallow reservoir (~1000 m from the surface) and a deep reservoir (>1800 m from the surface) that had so far not been identified by previous resistivity models. The result of this study provides new insights into the complexity of the Tolhuaca geothermal system.