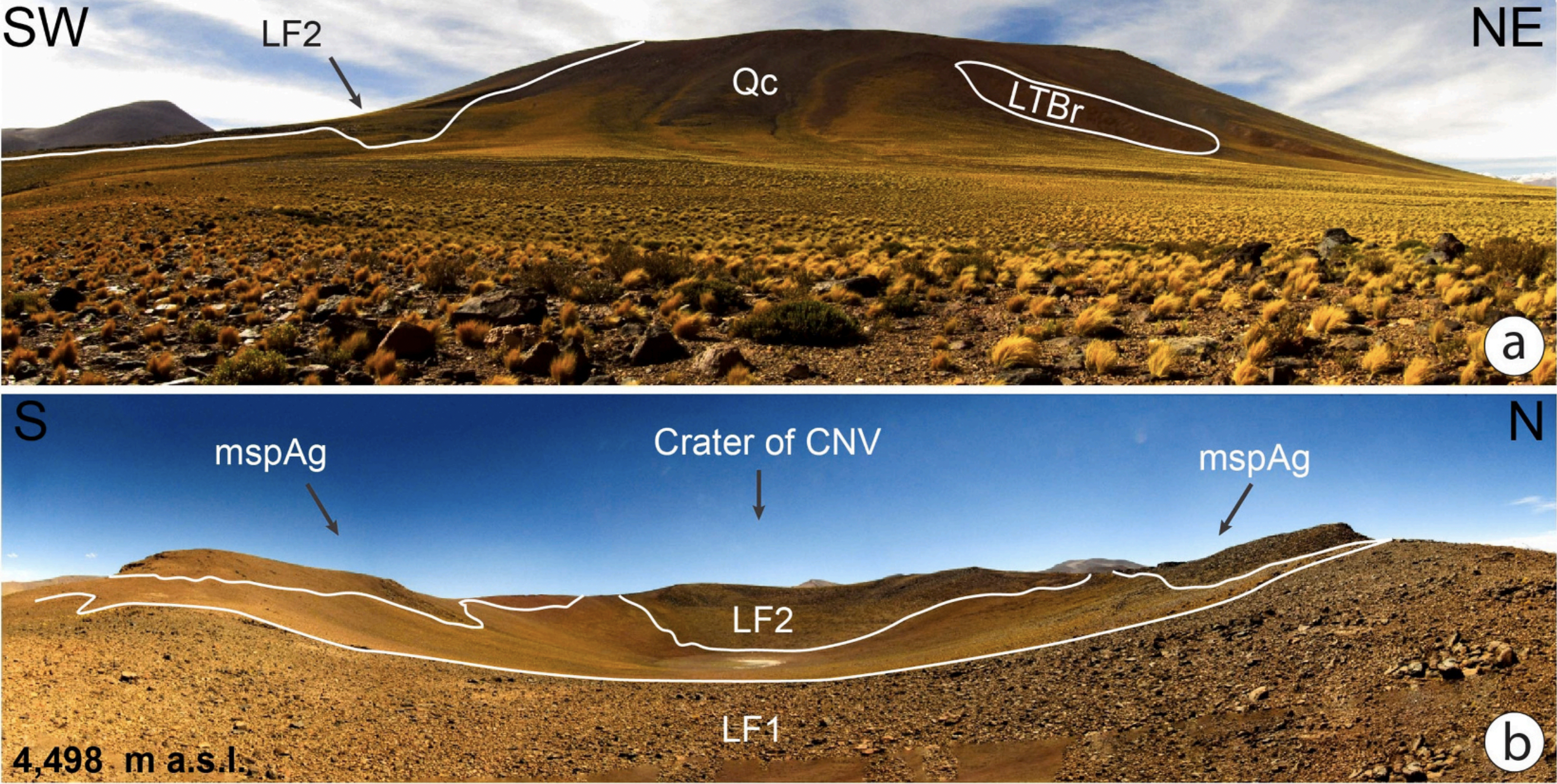 Monogenetic volcanoes are small-volume landforms (< 1 km3) which can develop complex eruption histories. Their genesis may include variations in their primary magma sources and petrogenetic evolution, eruption styles transitions, changes in their emplacement conditions. The Central Andes (Northern Chile) contains >900 small-volume volcanoes, most of which lack a detailed knowledge of their eruption histories due to the limited volcanological studies available. In this paper, we present a detailed volcanostratigraphic, morphometric and petrologic study are used to reconstruct the geology and eruptive history of Cerro Negro volcano. It is a Pleistocene pyroclastic cone which stands out from all monogenetic volcanoes of this region due to its larger size (~1 km3) and location along the axis of the orogen. The activity of Cerro Negro began with a phreatomagmatic phase that produced breccias and a lithic-rich tuff, followed by magmatic activity with lava fountaining and Strombolian styles. This latter magmatic phase produced short lava flows, but mostly spatter agglutination and tephra fallout layers. The composition of erupted materials spans from calk-alkaline basaltic andesite to dacite. The least evolved magmas of Cerro Negro are derived from mantle wedge’s partial melts without significant crustal assimilation. However, changes in the composition through the eruption suggest crystal fractionation and shallow magma storage, followed by mixing and crustal contamination during the late stage of the eruption. The absence of significant repose period between the deposition of the distinct products and their total volume together with the observed compositional variations imply that Cerro Negro represents a large volume polycyclic monogenetic volcano. These results are important to understand the mafic magma evolution in thickened crusts and the eruptive styles of long-lasting monogenetic eruptions.